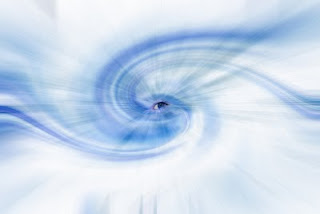 It happens to all of us, the hot-hot-hot idea we’ve been so excited about fizzles like a leftover firecracker. The words that should follow the brilliant prose we’ve already committed to paper/electrons are lost in the black hole of nowheresville.

Solutions are as varied as writers. Speaking for myself, I have two methods that give me a leg up and out of trouble. One is to deepen characterization and the other is to George Costanza the reaction.

If I’m at a loss with what the character should do or how they should feel, oftentimes I don’t know enough about my character. It seems like every writing instructor or writing book has some sort of sheet that you can fill out about your characters. I’ve been known to write extensive notations about each character, which comes in darn handy when you get stuck. For example, a very confident heroine who doesn’t know how to swim will have a strong reaction when she’s plunged into water.

Sheets of paper eventually get misfiled in my office, so I have invented several short cuts for the furthering characterization means of getting unstuck. A diary entry, written in first person by your main character, will deal with their feelings and reactions to events in their lives. All those various research threads you’ve crammed into your head oftentimes come out in this type of freestyle writing, and I often learn more about my characters when I switch from the third person POV of the story to the first person POV of the diary entry. Another thing I’ve been known to do in a tight spot is to write down a list of twenty things I didn’t already know about my character. That list may never have anything to do with your story, but it gets your thought process going in a different direction, which I’ve found helpful.

Any Seinfeld fans out there? George was one of my favorite characters on this program. He had strong feelings about a lot of things and they oftentimes got him into trouble. After a particularly long run of trouble in his dating life and career, his pal Jerry suggested he do the opposite of his natural inclination. For instance, whenever he would normally say no to something, he would instead say yes. Almost immediately, he landed a girlfriend and a job with the Yankees. Turning the situation upside down opened new horizons for George, and it can do wonders for your characters too.

If my main character has gone along docilely with the flow in the last scene I wrote, the scene before I got stuck, then I go back and rewrite that scene with her reacting exactly the opposite. Possibilities for the next scene start humming along as soon as this new level of conflict is introduced. Or, if the expected reaction is that she will explode at a certain turn of events, you can switch that 180 degrees by having her be uncharacteristically agreeable because it furthers a hidden agenda she has which will now come to light. Just something small like that can launch the story forward.

Those are my thoughts about getting my story unstuck from a writing corner. I’d love to hear how you extricate yourself from a similar tough spot.

Gators - the wild kind and the publishing kind 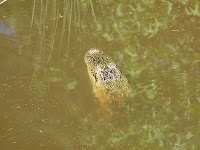 Most folks associate gators with Florida, due to its balmy temps and large swamps. Others may think of the Lousianna bayous when the word gator comes to mind. But I'm hear to tell you we have lots of gators in coastal Georgia. The mighty Altamaha delta is near here, and it is truly a gator heaven on earth.

Thanks to my friend who works for Ga. Department of Natural Resources, I know just enough info about gators to get in trouble. He says gators are on the move this time of year, particularly the males, as they search for mates. If you come across one in your yard, unless the situation is dangerous, leave it alone and it'll keep right on going.

Wearing my hat of accidental reporter, I recently had the opportunity to write about the beautiful wood stork colony out at Harris Neck Wildlife Preserve, which is in my home county. The wood stork colony nests on an island that is surrounded by gators. The gators keep any raccoons from swimming across and getting into the colony, and the refuge manages the water level of Woody Pond to be too high for optimum feeding of the wood storks, so they mostly fly to other nearby areas for feeding, keeping them from being a home pie alligator snack.

And here's a pic of a Harris Neck gator in Woody Pond, courtesy of Sharon Lindsay, a wildlife photographer who subbed her pics for our weekly paper. She got a great shot, didn't she?

But to put this in context of writing, I think there are plenty of gators out there in the publishing world. We feel the pinch of their massive jaws when the rejection letters come in. We shudder in the death roll when an unflattering review comes out. For the most part we're content to plod along in the publishing world, walking among the gators, as it were, until one of them takes a chunk out of us. That smarts, but we knew they were there all along, didn't we?

Care to relay a story about your "gator" experience in publishing? I'd enjoy hearing from you in any event!