Meteors and Rio and Aliens, Oh My! 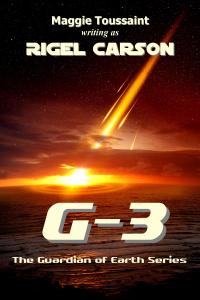 In this story, a meteor shower changes everything on Earth, and not for the better! An unusual meteor in Rio may have some answers.

Guardian of Earth, Dr. Zeke Landry has even more reason to protect his planet now that his wife is carrying his child. Little did he know, the romantic evening they enjoyed at the beach watching meteor showers was the last peace on Earth.


Fish and wildlife vanish. Seas thicken with mud. The dolphins warn Zeke to stay away from the ocean. An environmental catastrophe of the highest order is in the making, and no one knows how to prevent it.


Zeke seeks extra-planetary advice from his alien allies, but the news is not good. The threat is dire, and the clock is ticking. Unless a solution is found, the Earth will be transformed into an uninhabitable world. Will Zeke and his android sidekick find a remedy in time to save the day?

I had a great time writing this book. It's rated 4.7 out of 5 stars on Amazon, and here are two review snips:

"With its unique science angle, memorable characters, and sense of urgency, G-3 will keep you awake at night turning pages. After reading this book, you might want to keep a cat for company."
-Nancy Cohen, author of Peril by Ponytail

"The build-up of tension to the final showdown is very well done. Overall, an engaging, entertaining, and thoroughly enjoyable story." - -Lea Kirk author of Prophecy

And while you're shopping books, G-1 of this series is marked down nearly 1/2 price for a few more days. You might want to check it out as well!  CHECK OUT G-1
That's all for now. Happy Reading!
Maggie aka Rigel

Posted by Maggie Toussaint at 9:30 AM 2 comments:

Some news from Maggie Toussaint! 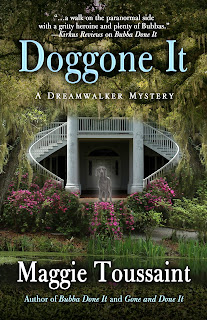 I'VE GOT ARCS FOR DOGGONE IT. They just arrived yesterday. Some are already committed. Some are looking for 5 active reviewers who enjoy paranormal mysteries. Leave a comment here or contact me via email if you're interested. This book releases Oct 19. Here's a snip about Doggone It...


Dreamwalker Baxley Powell is worried when she’s summoned to a haunted house. A recent ghost dog encounter short-circuited her woo-woo powers. She bluffs her way through the double homicide where a boat captain and a movie crew member bled out from knife wounds.


Her extra senses return in fits and spurts as she consults with the sheriff. Suspects include the captain’s good-for-nothing brother, the movie guy’s replacement, and, of course, his stalker. The media circus jeopardizes the movie’s funding, the sheriff’s job, and Baxley’s senses.

Will Baxley’s powers recharge before the killer strikes again? 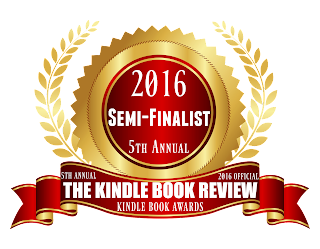 BUBBA DONE IT is a semi-finalist at Kindle Book Review. The finalists will be announced in October. Keep your fingers crossed for me.

This same title is also in a fantastic bundle where we're giving away a KINDLE FIRE and more than 40 cozy mysteries. Contest ends Aug 8, 2016.

~*~
Some great bargains for you in July on my dystopian fiction books, set 50 years in Earth's future. Scientist Zeke Landry and his trusty android sidekick are having a great time saving the planet from secret societies, aliens, and shapeshifters. The series is written thriller style with a side of humor.

G-1 is on sale for the entire month of July for the bargain price of $1.99

G-3 will be on temporary markdown to $0.99 from July 25-29. It's my book about the meteor find in Rio. It's just the thing to get your dystopian brain tuned up for the Summer Olympics in Rio.

Also, don't forget to check in at Booklover's Bench each month. We give away prizes, including a $25 gift card, books, and there are other promotions going on in our Let's Talk Posts.

I hope you will follow me on social media and if you haven't already signed up for newsletter, please do that at my newly revamped website MaggieToussaint.com

~*~
Stay cool this summer and look for a newsletter when Happy Homicides 4 releases next month!