Marketing means different things to different people. With my product, books, the challenge is to get the information to the people that will appreciate it and act on it. I've made a list of some marketing techniques used by myself and other authors. Please feel free to add other methods in your comments and to say what worked for you and what didn't.

If you are brand new to writing, don't get overwhelmed. Begin marketing by being consistent in one style or venue and then expand your efforts through time.

Start with a website. If you don't have the wherewithal to do it yourself, hire someone. Ask around your fellow authors for recommendations. If you have a website you can't manage, you can hire someone to transition it to a more idiot-friendly platform. I did this recently, and it eliminated a lot of the frustration I felt in the delays to content updates by my former web person.


Blogs have been popular for a while. You can set up a blog through your Blogger or Word Press, though many people have their blogs at their websites because that provides fresh content routinely. Large group blogs, particularly ones that are anchored by top selling writers, are successful at attracting a consistent readership. If you aren’t in one of those, consider searching for groups like that and asking to guest blog. Alternatively, be aggressive and create such a blog. If you are consistent with your single person blog, you can develop a readership over time. The key here is consistency and delivering content that appeals to your followers. Essentially you are painting a word picture of your expertise in your “brand” area.


Social media, such as Twitter and Facebook, are delicate marketing platforms. People love to see book covers and photos related to your brand. They are not keen on seeing repeated messages to “buy my book.” These platforms work great for people who already have a following, and once a post gains momentum, the multiplier effect of reposting or sharing can go viral. There is a caveat, especially on Facebook, where there are author and reader groups that want you to publish your material. However, the number of posts in those groups is high, so your selection is quickly dropped down the screen as more posts come in. The more specifically you can target your groups, the more chances of reaching an actual reader you’ll have.


Press releases work great in you live in an area with some population. My county has 10K people total and no stoplights. Papers from neighboring towns rarely cover my town, and even when I get a large spread in the weekly paper, it doesn’t assure sales or attendance at book signings. Many people do radio interviews now, or podcasts. Those are popular, but since I haven’t done them, I can’t gauge their effectiveness. If you live in a city of any size, you should be doing these press releases. Or you can contribute articles that are in some way related to a topic in your book for some subliminal marketing.


Newsletters get back to that one-on-one connection. I rely on my electronic newsletters to get the word out about my book. I put out a newsletter quarterly and make it as professional looking and engaging as I can. The tempo is upbeat. I use color photos. I offer extras (contests, recipes, appearances) when I can. All of my social media links are included in each newsletter. I use an inexpensive service, Vertical Response, to create the emails and send them out. Another similar utility is Mail Chimp. I’ve built my subscriber list up through activities in a marketing co-op.


In person signings are a great way to spend time with readers, but you have to be prepared to promote the event and to hand-sell your books. The hand-selling is difficult for some introverts like me. Also, while events with multiple authors at a book store are more fun for the author, my experience has shown a dilution of sales for individuals. For local book signings, I make sure it’s covered in the paper or place an ad. I also send postcard mailers to every local reader on my snail mail address list. This ensures a great turn out. The same is true for an Online Book Launch Party - make sure your fans know when and where it will be held.


Bookmarks are also valued at events where you have face time with readers, whether it’s a signing or a conference or the dentist office. Have some sort of handout in your car or purse that you can pull out. Some people leave these items various places in hopes someone will pick them up. I find that these items work best for personal interactions. Bookmarks can be any size, from an inexpensive business card to a postcard to the more traditional narrow rectangle shape. Vistaprint is an inexpensive online place to shop for these materials, though you can Google and find a ton more.


Conferences, specifically fan conferences, are a great way to connect with readers. Some conferences cater to authors and readers, but cons like Malice Domestic, Bouchercon, and RT pull in a boatload of readers. See if one of these is in driving distance for you to keep expenses down. You may still only sell a modest number of books, but you are building a reputation in that crowd, which will turn out to be worth its weight in gold. Be sure you collect names and addresses for your newsletter from each interested party.


Marketing co-ops like Booklovers Bench also create a buzz and a professional brand. I banded together with several mystery and romance writers a few years back to do this because I write mystery and romance. The net effect is that we’ve pooled our readerships, thus multiplying our potential market. We send book information to readers of our genres routinely. http://www.bookloversbench.com


Crowdsourcing is the new buzz word, or at least it’s new to me. The recent contract I won through the Kindle Scout program for my G-1 came as a result of reader input and viral marketing. Many authors are using utilities like Thunderclap to promote. As I understand it, authors get their friends to agree to post word of their event or book release on Facebook or Twitter. The Thunderclap utility has the tweet and FB post already uploaded. Folks agree and give the utility permission to post automatically (once) for that event on a certain day, thus ensuring a blitz of low-cost information hitting a wide audience. You have to have a minimum number of people to agree to help you. I think it’s 100 but I’m not sure.


To sum up, many strategies are out there to find readers. I’ve found I can’t do everything or even half of everything. It just makes me nuts. My advice is to do the things you like or that you don’t find objectionable. It’s also easier for me if I do a little each day. You can prewrite blogs or other social media posts. Heck, on my Facebook author page I can even upload and preschedule posts. That’s great when I travel to conferences and can’t “tend the gardens.”

An epic voyage into an uncharted genre

Remember these iconic words from Star Trek? "Space: the final frontier. These are the voyages of the starship Enterprise. Its five-year mission: to explore strange new worlds, to seek out new life and new civilizations, to boldly go where no man has gone before." According to Wikipedia, in the Star Trek 'verse, this is known as The Captain's Oath.
Well, be forewarned. I've raised my right hand and taken a similar author's oath! My science fiction book, G-1, is out now from Kindle Scout. This is epic for me as I venture into the realm of science fiction writing as Rigel Carson. I hope you’ll come along for the voyage of the Guardian of Earth series. 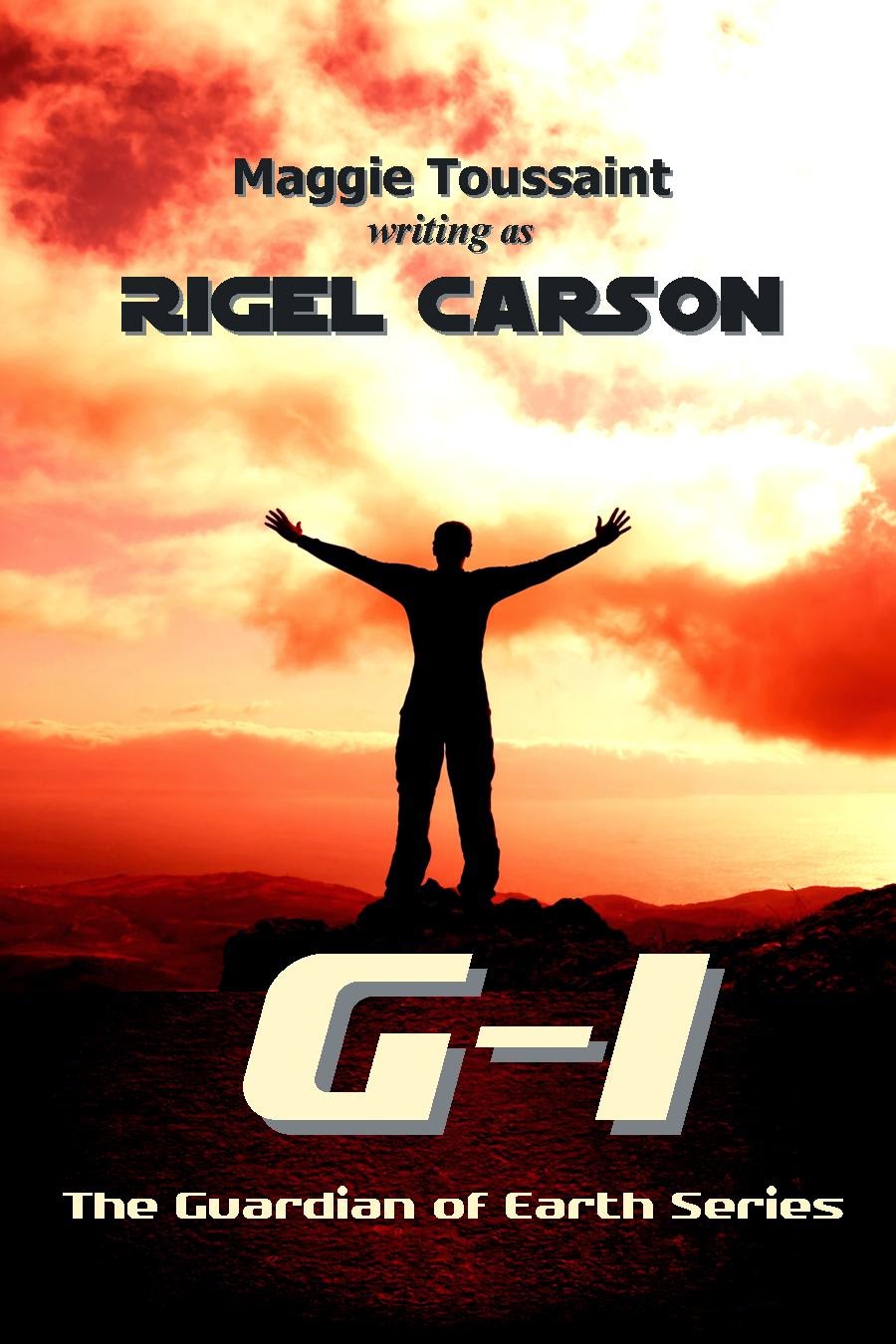 [Yes, G-2 and G-3 are already written. If Kindle Scout shows little interest in acquiring them, you can bet they will come out through Muddle House Publishing!]


G-1 incorporates a few of my favorite things, including an island off the Georgia coast, water research, robots, conspiracy theories, pop singers, think thanks, really bad guys, a twist on media coverage, and a surprise ending. 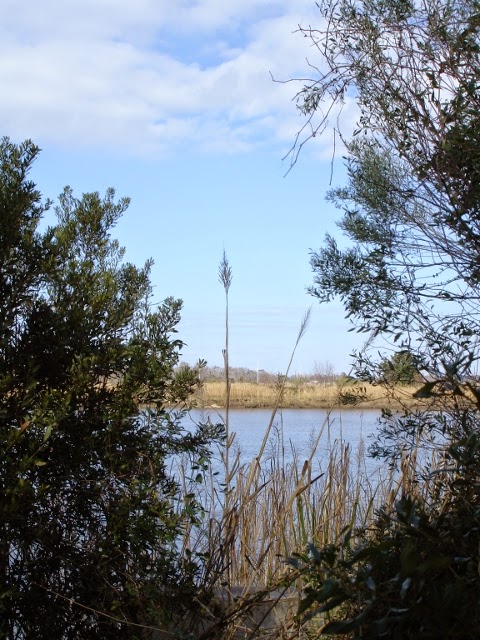 
It’s 2065 and Earth is beset by locusts, plagues, and earthquakes. Tensions escalate as food and water shortages destabilize governments. A secret society poised for world domination hunts for the keystone, an object of great power. The Chameleons have already murdered in their quest to acquire the keystone, and now they believe brilliant and reclusive scientist Zeke Landry has it.


Zeke’s Institute bosses want answers ASAP on the water crisis, so they supply Zeke with a souped-up robot named Forman. Zeke knows water can’t disappear, but the data suggest that improbability. When Zeke’s uncle drops off the grid, Zeke and Forman suspend the water analyses to find the missing man. A routing snafu sends Zeke’s travel pod into the clutches of his enemies.


If Zeke doesn’t rise to the challenge and assume his late father’s mantle as Guardian, chaos will reign. The clock is ticking, for Zeke and the world... G-1, Book 1 in the Guardian of Earth series, is out in Kindle format only right now, though the print version will be released later this year from Muddle House. Here’s the ebook buy link from Amazon: http://www.amazon.com/G-1-Guardian-Earth-Book-1-ebook/dp/B00QXUN5ZS/


Thanks for being a friend … and a fan!


My sites: http://www.maggietoussaint.com http://www.rigelcarson.com
Posted by Maggie Toussaint at 10:15 AM 12 comments: