This is such a difficult topic. Anyone who has been touched by suicide is forever changed by that loss. I've felt it, and if you're reading this, maybe you've felt it too. 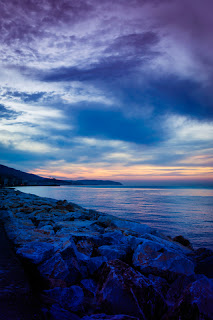 I've been touched by suicide twice in my life: once by a family member and more recently by a high school classmate. In my experience, processing these intense feelings doesn't get any easier with time. Raw is raw no matter how you slice it. The stages of grief sound clinical but they are anything but.

With denial, it's typical to feel shocked and overwhelmed by life. It's hard to cope and process something that isn't understood. Anger can coat us with guilt for not recognizing the signs and for the victim leaving us to deal with their loss. The bargaining stage is full of what-ifs for how things could be different if-only... Depression is the mantle of sadness many survivors wear. And then there's isolation and shame that make us want to hide our hurt from the world and bury our emotions. That fog of sadness oft times becomes a lens through which we now see the world. Accepting the reality of what happened is difficult for many survivors. Even if they accept what happened, that doesn't make it right or okay. It just becomes a fact. This grieving process varies for each individual. 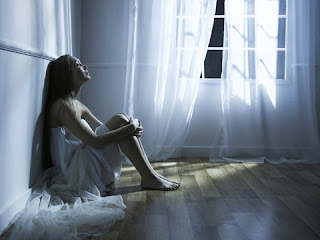 The American Foundation for Suicide Prevention states that 44,193 Americans die each year from suicide. That's a rate of about 13.6 for every 10,000 individuals. For every suicide, 25 were attempted. (https://afsp.org/about-suicide/suicide-statistics/)

With suicide being widespread and painful for the survivors, you may wonder why I'd include any mention of suicide in a cozy mystery. One of the things I try to do through my writing is to make some sense of this world. Oftentimes, events don't have happy endings, and I use fictional characters to ensure justice is served and to create a happier resolution.

The inception of my dreamwalker series was influenced by my loss over the natural deaths of two relatives. Unwilling to believe they were completely gone, I created a fictional spirit world in this series based on multiple influences in my life. My amateur sleuth Baxley Powell is a person whose spirit traverses worlds. Her goal in every book is to get justice for the dead, solace for the living.

Dadgummit, my latest paranormal mystery, centers around an energy thief, also known as an energy vampire, who steals people's energy, taking them to the point of death. Without revealing the whole plot, there are minor characters who are star-crossed in love. He's caught up in the energy thief's world, she's finally found someone who understands her. The energy thief takes the life of the young man, and the distraught young woman makes the choice to join her boyfriend in death via energy thief, in the vein of Romeo and Juliet. Her family is crushed, just as you'd expect them to be. But because of the dreamwalker, they receive an assurance. This pair gets a happy ending in the spirit world. Better yet, the energy thief gets what's coming to him.

Does that make suicide right? No. It doesn't. This is one person creating a scenario where the pain of suicide is lessened by a fictional resolution. Our reality is that we live in a broken world. Through religion or faith we have a belief system that may (or may not) help us through this time of trial.

How can we help suicide survivors? Here are some tips from the Survivors of Suicide website: listen, be compassionate, respect their need to grieve, be aware of support groups, be open and nonjudgmental, and more. http://www.survivorsofsuicide.com/index.html There are many more resources on the internet just a click away.

Happy Book Birthday to Dadgummit! Thanks to the wonderful folks at Camel Press, I am able to present book 4 of my Dreamwalker mystery series to readers. In this story, my psychic amateur sleuth tangles with an energy thief who has gone too far. 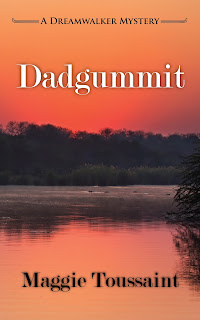 Read what the pros are saying about Dadgummit:

“Dadgummit is a stunning entry in the Dreamwalker Mystery Series by Maggie Toussaint, a mystery that explores murder and the unusual investigative skills of amateur sleuth, Baxley Powell.” – Readers Favorite

“This is one of the best books in the terrific series and I look forward to more adventures with Baxley and her friends.” – Dru’s Book Musing

“Plenty of suspense and a surprise twist.” – RT Reviews

“Highly recommended for both fans of paranormal and for those readers who just like a great story!” – InD’Tale Magazine

“Maggie Toussaint has a colorful writing style that takes readers from one venue to another with ease and total writing expertise.” – Mary Gramlich, the Reading Reviewer