Some of you may not know I use the pen name of Rigel Carson for a futuristic mystery series. The first book in this series, G-1, is now available for free. Previously a Kindle Scout winner, this book is now out under my imprint. 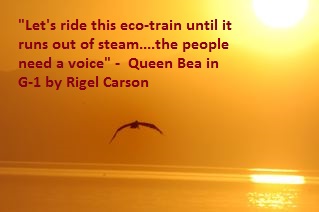 At the time I wrote this, 60 years in the future of Earth seemed so far away, and yet, with recent world events, the future I envisioned has many similarities with this book. This is an eco-thriller, where a secret society with a bent on world domination will do anything to get their hands on the Keystone. 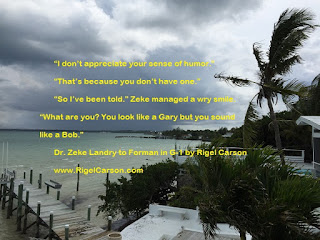 Only one man can save the world. Dr. Zeke Landry, a brilliant but reclusive scientist with a very cool entertainment model android, uses strategy and island smarts to stay one step ahead of the bad guys in each Guardian of Earth book. 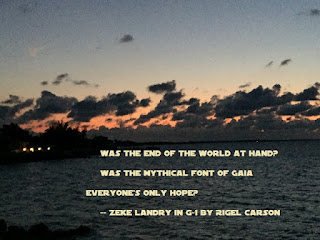 If you're a fan of my other mysteries, you will find this series to be written in that familiar light vein but with serious subject matter. In any event, I hope you give this one a try. It's free!

Here's a quick description of my book: The Big Bang Theory meets the Q Continuum

Though plague, locusts, and earthquakes riddle 2065 Earth, brilliant and reclusive hydrologist Zeke Landry focuses on solving the problem of the world’s vanishing water supply with the help of a souped-up A.I. named Forman. When his uncle disappears, Zeke and his dashing sidekick search the country for Uncle John. A routing error lands Zeke’s travel pod far from its destination. Worse, every step he makes puts him in harm’s way and has him questioning his employer’s agenda.

Chaos reigns as food and water shortages destabilize governments. The Chameleons, a secret society poised for world domination, believe Zeke has the keystone, an object of great power. They’ve already murdered in their quest to find the keystone, so if Zeke can’t produce it, his hours are numbered.

A fish out of water, Zeke must face his worst fears to outwit his enemies. He must step into his late father’s shoes to protect his heritage...and more. 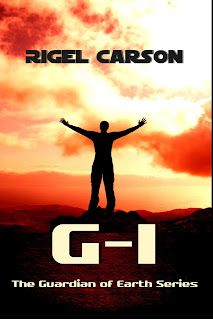 What are you waiting for? This is a free book!

Thank you for visiting Mudpies.